Experts have called on the Federal Government to declare hepatitis B a health emergency as it did with HIV/AIDS.

The appeal, they said, had become imperative to save Nigerians from health complications associated with the disease.

According to a Consultant Gastroenterologist with the Lagos University Teaching Hospital, Idi-Araba, Lagos, Dr. Olufunmilayo Lesi, Nigeria has one of the highest prevalence of hepatitis B infections in the world.

She noted that with a national prevalence of 10 per cent, no fewer than 20 million Nigerians were living with the disease.

Lesi said, “Hepatitis B is very common in Nigeria. The national prevalence is between 10 and 15 per cent. That means that about 20 million Nigerians are living with Hepatitis B.

“This is also very high when you compare it to other countries and the worst part is less than five per cent know that they have the disease.”

The specialist also noted that the low level of testing among Nigerians was a cause of concern, as the disease was three times more infectious than HIV/AIDS.

According to Lesi, hepatitis B is one of the most infectious viruses in the world even as it leads to liver failure, cancer and untimely death in infected persons.

She added, “I run the hepatitis clinic in LUTH and I see many young men and women with liver cancer, which is the product of untreated hepatitis B infection.

“I see many patients with big stomachs, who have liver disease because they had hepatitis B. Most of them got it when they were young and because they did not go for test; they have lived with the infection for over 20 years. This is why it is called a silent killer. By the time you see the symptoms like swollen feet or stomach, the liver is already damaged.’’

She identified poor socio-cultural and unhygienic practices as factors that had increased its rate of infection in the country.

She added, “I want to address the myth that hepatitis B is mostly transmitted through sex. More Nigerians are contracting it because of poor hygiene. Many Nigerians still go to hairdressing and barbing salons without their manicure, pedicure or barbing kits. They share objects with people they do not even know. Some people still give tribal marks to children with unsterilised needles. This is how infections spread and it is dangerous.” She stated. 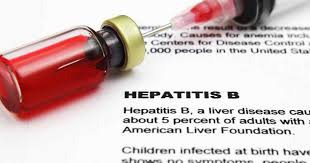 Meanwhile, stakeholders, who spoke at the 9th Scientific Conference and Annual General Meeting of the Society for Gastroenterology and Hepatology in Nigeria, have called for massive screening and vaccination of Nigerians against hepatitis B to ensure the eradication of the disease.

According to a former Head of State, Gen. Yakubu Gowon (retd), statistics show that many Nigerians are not aware of the deadly nature of the disease.

He, therefore, advised the government to adopt previous strategies used in the eradication of guinea worm and the Ebola Virus Disease in tackling the spread of the disease.

Gowon said, “Hepatitis in Nigeria is a health emergency. Its national prevalence is three times more than that of HIV/AIDS and diabetes. We should fight it as we fought guinea worm, Ebola and as we are fighting polio infections.”

He also urged other political leaders to embark on fact-finding missions to rural areas before implementing any health programme.

According to him, visits to rural communities will serve as eye-openers for policy makers, whom, he says are usually disconnected from the people.

He noted, “While I was serving as the ambassador for guinea worm eradication in Nigeria, I had the opportunity to visit rural communities across the country. I saw the level of poverty among Nigerians in these communities. I think all leaders should make such unannounced visits, this will motivate them to do all they can to bring succour to their people.”