It is common practice that, the will of the people ought to be clear after an election; but, as President Trump assumes office as the 45th President of the United States, there are deeply troubling signs that the country’s democracy, after 227 years of seeking a perfect union, might be said to have left the rails.

Can he? Will he? these questions are fueled by more than idle curiosity. Nevertheless, we can only watch the man who has defiled any previous analysis about him. 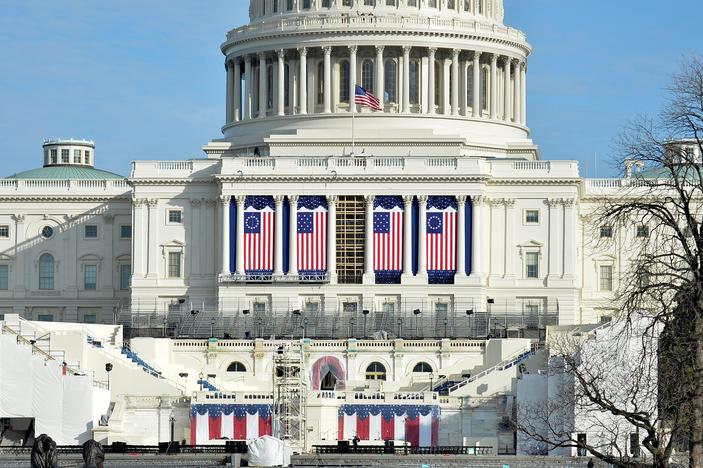 It is a glaring reality that politicians make all kinds of passionate and wild campaign promises during elections; which they swiftly jettison or deny after they resume office. Just as President Buhari’s campaign promises that were denied or jettisoned, so would President Trump jettison some of the popular lines he used to woo millions of US voters.

Isn’t it sad, that in spite of Barack Obama’s vehement vows during the 2008 election, where he repeatedly promised to shut down the infamous Guantanamo Bay detention camp in Cuba, the prison is still open 8 years later, even after delivering his farewell speech in Chicago? Equally, he is unable to fulfil his promises to end the war in Iraq and‘finish the job in Afghanistan’ just as George W. Bush before him never established the‘Healthy Communities Innovation Fund’.

In the same vein, Italy Prime Minister, Silvio Berlusconi, never fulfilled his promise to sell his assets in Fininvest (later Mediaset), after 12 years, having served three terms. Similarly, Fianna Fáil’s of Ireland never “permanently end all hospital waiting lists” by 2004 nor did he “create a world-class health service” through any reforms or expanded healthcare coverage with “200,000 extra medical cards”, as he had promised during his campaigns. Also, Australian Prime Minister, Bob Hawke was unable to fulfil his “by 1990 no Australian child will be living in poverty” campaign promise!

Just as Buhari may never be able to stabilize the Naira at 1USD to 1NGN nor create 720,000 jobs in the 36 states in the Federation yearly (20,000 per State), pay 5,000 monthly to the 25 million Poorest Nigerians and create at least 5 million new homeowners in the present four-year tenure of his administration; President Donald Trump may also find it rather difficult to fulfil his promises: “to build a great, great wall on our southern border” and “have Mexico pay for that wall”.

Presently, Buhari has begun to find his ‘war against corruption’, a herculean task, perhaps, more than he probably had presumed. Thus, one do not doubt the fact that Trump would face strong opposition over the delivery on his campaign promise of “a total and complete shutdown of Muslims entering the United States until our country’s representatives can figure out what is going on”.

Just as some of the ex-Buharists in Nigeria are expressing some level of disenchantment,  people in the myriad “alt-right” communities that have flourished online in recent years are already expressing their dissatisfaction that Trump appears to have abandoned, even before his inauguration, the most extreme of his policies- at least for now, such as building a wall and prosecuting Hillary Clinton.

As the Nigeria Senate is frustrating the controversial $30billion (about N9 trillion) external borrowing requested by President Muhammadu Buhari, initially rejected not only his Ambassadors’ list and his nominated anticorruption commission boss as well as candidacy of American-based Nigerian professor, Akintunde Akinwande, as the head of the National Electricity Regulatory Commission, So will Trump have to deal with the US Congress on his plan to deport millions of undocumented immigrants, build a wall between the U.S. and Mexico and have Mexico pay for that wall and ban Muslims from entering the U.S. among other wild promises.

He will surely try as he has already promised to withdraw from TTP. Trump would eventually have to acknowledge the fact that being a president is not the same as being the CEO of the country and that Congress would have a significant role in his administration.

The President represents one of the three branches of government and Democracy was designed to work in that way. The architects of democracy feared an efficient government. They did not believe in the goodness of man but in his corruption. They understood the need for government but wanted its authority to be limited. Good as Buhari was known to be, according to history, his power is limited. Similarly, bad as Trump might have given people impression to be, his power would also be limited.

The APC government has convinced Nigerians beyond reasonable doubt that, a careful reading of a presidential candidate’s policy papers is one of the most pointless exercises, imaginable. Even if a candidate had read these documents, believes in them and will not deny it went in power, he is still not in control of what his own policies appear like, because, the Senate is important as well. This is a lesson many Nigerians are realising now, so will the supporters of President Trump.

Nevertheless, in the words of Jeff Fishel, many presidents just like President Buhari invariably attempt to carry out their promises. However, the main reason some pledges are not or will never be redeemed is congressional opposition, not presidential flip-flopping.

President Donald Trump will also wake up to that sobering reality and one can only hope he wouldn’t want to abscond like President Buhari after this January 20 inauguration.

Just as any Presidents, Buhari and Trump wish to convey an image of strength and effectiveness to the public, but in reality, the president’s power is often constrained by a number of factors.

In 1981, presidential scholar, Hugh Heclo labelled the perception that the president is in charge of the government the “illusion of presidential government.” Portraying strength and confidence can be a successful strategy, but it can also backfire because a president who appears to successful may get blamed later for anything that goes wrong.

Needless to say, our Constitution divides the powers, between the legislative and the judicial and the executive branches. So, no President of Nigeria or that of United States has the overwhelming power that dictators have been known to possess and wield, for example.

However, a President has the bully pulpit. He can talk and be heard, and people listen. A lot of this will be seen in the regime of President Trump, however, in a free political system, you lead not by command but by persuasion.

Can He Build His Wall, Will It Work? Will Mexico really pay for it?

Is Trump going to keep his promise and build some sort of barrier on a border that spans roughly the full 2,000 miles? Will the wall be real in brick or any other form of fencing? And will Mexico really pay for it?

If Trump doesn’t keep the promise to build the wall, or builds something that appears to be more “fence” than “wall,” or cannot get Mexico to pay either directly or indirectly for whatever he builds, then the new president will have failed at what seems to be the major component of his immigration agenda.

There are indications that President Trump wants to pay for the border wall upfront through the appropriations process and then later seek reimbursement from Mexico. Thus, U.S. taxpayers including 73 million people who voted for Hillary Clinton, Gary Johnson and Jill Stein will have to pay for it up front, then Trump will have to come up with a plan to get Mexico to pay for it. Paying for what the voted against, that would be a tough pill to swallow, and so we can expect pushback from the states and even a lawsuit or two.

But can President Trump really ban all Muslims? And what does that mean for American citizens who are Muslim? The short answer is: it’s complicated.

The Constitution’s of US guarantees of religious freedom, due process, and equal treatment under the law should preclude any American immigration official from demanding that an immigrant (or tourist, or businessperson, or student) announce their religion upon arrival.

In fact, a 2012 policy memo from U.S. Citizenship and Immigration Services tells officials to “avoid questions about a person’s religious beliefs or practices unless they are relevant to determine the individual’s eligibility for a benefit. Do not make any comments that might be taken as a negative reflection upon any other person, race, religion, or country.”

Though the statement calling for a ban on Muslims entering the United States has been removed from Donald Trump’s campaign website. According to online caches, the page still displayed the message on the 8th November, but the redirect to the donation page was added later that night before it was announced that he had won.

He and his allies have consistently defended the ban during the election campaign, but the removal of the statement from his website may lead some to question whether he will actually enforce it.

In November 2016 the then President-elect Trump was strolling the Capitol with congressional leaders, he walked away from reporters who asked whether the plan to ban Muslims remained on his agenda.

As President Trump takes oath of allegiance and become the 45th President of United States with the immense power that comes with the office and the heavy responsibility attached to being one of the few men with nuclear codes at their figure tips , one can only hope that the man wake up to the reality of keeping the world united.

As much as the heart of many Jews long for an Israel with Jerusalem as its capital, moving the U.S. Embassy to that city would be an empty gesture from a president with demonstrated overt and covert prejudices. Such a move would not be about a support for Israel or Jews; rather it would be about an underlying prejudice against Muslims.

No doubt, this move, would inflame people’s tension needlessly; thereby, placing such an embassy in greater danger. Also, it would put in jeopardy, the fragile peace with the Palestinians and could light the fuse of another deadly and costly war in the Middle East.

Nevertheless, it could be a blessing in disguise as those people who seem rather divided in the Arab world, would now have a rallying point, which would draw them together, not only against Israel but against the United States as well.

Ones fear is that Friedman’s appointment may encourage the right-wing Israeli government to take drastic and unprecedented action against Palestine, such as: attempting an ethnic cleansing of the Palestinians. But the question is “Would the international community fold its arms and allow this to happen without challenging President Trump or America?

Ola Balogun, a policy Analyst and social commentator is a columnist with The Rezponder

Will the Trump Presidency Survive?