Presidential election years are always turbulent for journalists, and it is no different in Nigeria. This year started with former President Olusegun Obasanjo and former Military dictator Ibrahim Babaginda’s letters to President Muhammad Buhari and the story of the killing of the Fulani herdsmen and counter-killing of the farmers.

The daughter of former President Obasanjo, Sen. Iyabo Obasanjo-Bello backed her father on his letter to President Buhari. Nevertheless, on social media, the former senator’s letter to her father in 2013 in which she criticised the former president was redistributed over the weekend allegedly by some supporters of the current administration, barely a few days after her father, former President Olusegun Obasanjo circulated a “special statement” about President Muhammadu Buhari, and his administration. 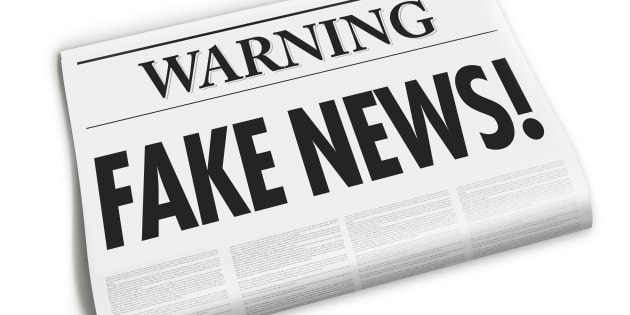 Gory picture of dead people lying on the road, as well audio recordings depicting the attack on Lagos/Ibadan highway by herdsmen, and victims in distress, was circulated on the social media until the Ogun and Oyo state police commands dispelled the rumoured as the handiwork of mischief makers aimed at causing disaffection among peace-loving Nigerians. The fake news of other attacks includes that of Edo State and fake pictures on WhatsApp. There were outright fake news, inaccurate, exaggerated and false information across the board. This was not limited the online media but to some established newspapers in the country.

The continued spread of fake news in 2017 had a huge impact on the reliability of online news. Facebook and Google, in particular, have addressed issues with the spread of misinformation by launching fact-checkers and other initiatives. Many platforms are working on algorithms that will keep viewers on their sites for longer by ensuring their content is factual.

The fine line between controlling “fake news” and censorship will be a hot topic in 2018, as many platforms come under fire for misleading advertising and propaganda. This presents an enormous challenge for companies as they work toward removing damaging content while still allowing freedom of speech. The debate this year won’t be about what to believe, but who to believe, the report says.

Google said it will do more to surface credible content on the web, and tag their sources. Some companies are even experimenting with artificially intelligent fact-checkers like Replika. AI-driven fact-checkers can even help journalists confirm facts in real-time, possibly even during interviews. Journalists simply speak into their smartphone, and robo fact-checkers quickly gather data to verify their statements or questions.

In this uncertain environment, how can journalists fight against fake news and disinformation that plague not only Nigeria but the world?

The Premium Times Centre for Investigative Journalism (PTCIJ) is taking a giant leap forward by setting up an online fact-checking platform that proposes to unmask misinformation and propaganda in the public domain and ultimately empower Nigerians with the knowledge necessary for making rational decisions. This platform termed “DUBAWA” which is a Hausa term for “checking” is scheduled to be launched on the 20th of February 2018 at the Shehu Musa Yar’Adua Conference Center. For Tai Nalon, director and co-founder of fact-checking site Aos Fatos, it is important to understand that fake news, which emulates the traditional news format, is just the tip of the iceberg.

Nigerians have developed a culture of communication by messengers like WhatsApp, through which rumours of all kinds, unverified stories and pictures are fed. This trend is as serious as [fake news] or more serious since it is impossible to know by the nature of these tools how many people have been exposed to misinformation and how much material of dubious origin exists out there.”

WhatsApp, the most popular messaging app among Nigerians, has become a serious distributor of misinformation and a major headache for its owner, Facebook. How to suppress false news on an intentionally closed and encrypted platform designed to protect private conversations?

Fábio Gusmão is the digital editor of newspaper Extra and is known for his innovative use of WhatsApp in journalism. He says that “WhatsApp works as a cannon for any type of communication.” Over four years, Extra used WhatsApp to send news to more than 70,000 registered readers, but has stopped this service in respect of the app’s guidelines and to study a better way to distribute content.

According to Gusmão, until WhatsApp launches a special channel for media groups, as it did with WhatsApp Business, there is a risk of encountering the limitations of WhatsApp itself, which may consider news messages as spam. This ends up benefitting the propagators of false news, he argues.

BarometerNg has continued to investigate false news disseminated on social media. We fight what is already viral on social media and has a greater urgency to be disputed.

Nalon stresses that the responsibility for distributing fraudulent content on social media is collective: “Platforms must adjust their algorithms so that they do not financially reward fake news producers, but the user must also think twice before sharing information.”

With an eye on the user, Aos Fatos has been working in partnership with Facebook to expand fact-checking using artificial intelligence. Scheduled for the first half of 2018, the chatbot Fátima (a play with “FactMa,” an abbreviation of “FactMachine”) will teach users via Messenger to read online content critically. “It is the development of this kind of ability that must be prioritized to effectively combat misinformation on social media,” Nalon argues.

What can Journalists do to counter fake news?

What about journalists? What can they do to counter fake news ahead of the elections? How can journalists prevent sensationalist candidates from hijacking the journalistic agenda, as happened with Donald Trump in the United States? Nalon and Gusmão recommend the following.

Opinion: Political Repression Among Northerners by Aliyu U. Tilde